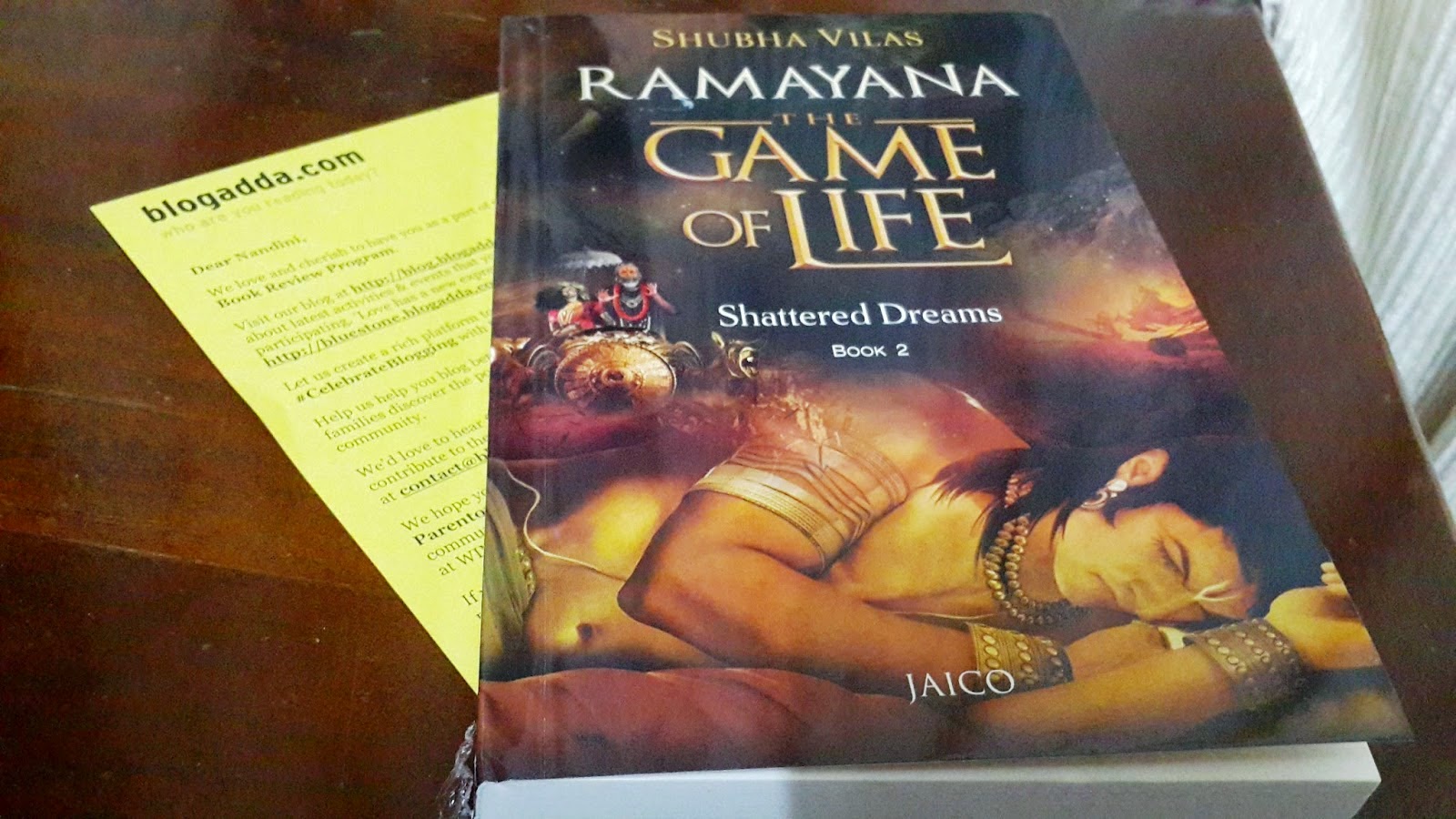 First of all, thanks to Blogadda team for persistent support for delivery of the book, since it was returned twice. Now about the book, I am absolutely delighted about the cover of the book. The brown-golden background illustrating Bharata asleep who looks beautiful but anguished as dreaming about his father dragged by demon on the chariot dragged by jackals; depicting death like danger approaching the king. At first sight it could be mistaken that the prince in picture is Rama, but kudos to the designer of the book cover for capturing the essence of the book in its cover. It justifies the event of Dashratha skeptical about his reign, Rama driven to exile and Bharat’s life taking centre stage in the mystical story.

This book is the sequel to the last book, Rise of Prince, Book 1. This book talks about Dasthratha’s decision to coronate Rama as the King of Ayodhya and move on with his other responsibilities towards himself. But this takes a turn and with Keikeyi’s boon redemption Rama had to go for exile and Bharata is to be enthroned in his place. Rama’s banishment from the empire leads to evoking of emotions from the masses;  loosing the king is too hard on them and they try to get him back, but Rama had other responsibilities in the proscription to fulfil as a prince, a husband and an incarnation of almighty himself. This is the story has been narrated again and again, so many times that kindling interest and curiosity is where effective rhapsodise comes into play.

What I admired in the book?

The philosophical footnotes are enriched with facts from the mythological record. They bring in clarity on the account of sanskrit derivations. Also at places the resemblances in anecdotes from Mahabharata make an interesting read.

The stories about Trijata, Anasuya & Atre Muni and Ravana in between are intriguing and also provides a good flow to the story circling around Ayodhaya and the princely affairs.

A very honest description of Dhashratha’s dubiousness about letting go of his duties as an king and serve for his self growth. Whether his choosing Rama as his successor is justified; and once he know Rama will be a great emperor, he is filled with uncertainty about his own tenure.

Bharata character is developed in the most unexceeded manner. The already worthwhile hero of this mythological story is shown to be tested for his worth and intentions in various ways by people, and he proves to be splendid in each deed.

What could be improved on in the next book?

Although the footnotes are worthwhile source of information but they are constant interruption in the story. It could be limited to a few interesting ones.

Rama’s blaming of Keikeyi for his exile and constantly addressing her with disrespect is not like the great ruler. The want to rescue Dhashrata and Kaushlya from the wrath of Keikeyi is unjustly demonstrated.

The books gets tediously repetitive at places and tends to drive the audience away. Sentences with quiet a few grammatical errors are also scattered over the book.

What could be researched more?

Keikeyi remains an object of enigma; not much explored on. The concern remains that how can such a sophisticated and rational princess get influenced by Manthara. And what are the reasons that the boons of Keikeyi never really rough her anything but remorse.

Since the next book will entail the tale with Suparnakha, it will be hugely appreciated if the author could elaborate on the cause and driving force of the belligerence of the demon princess.

This review is a part of the biggest Book Review Program for Indian Bloggers. 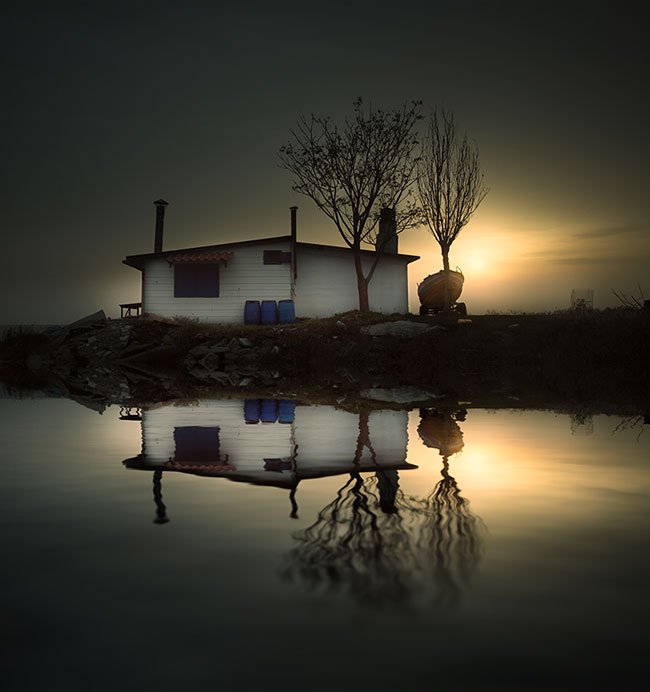 Caught between two worlds. Yes, the world is changing; people and relationships are changing. Women who were needed to be confined to the home kitchen in the last 50 yrs have started heading out to work and support their families not just from within but also outside. Women taking non-conventional roles outside homes, truck drivers, astronauts, and wrestlers; this came financial independence and better decision-making power inside and outside the home. Then women started breaking the glass ceiling, and in the last 5 yrs, we have seen more and more women taking up leadership roles. And in the next 10 yrs, women may find ways to propel and excel in this world which was once a man’s world.   What strikes me is what happened to women born in the transitioning worlds, where there was a little of this and more of that? How did the balance come in then? That time when you are struggling with a major work deadline, you must cook, clean, and take care of the child, which certainly is the pr 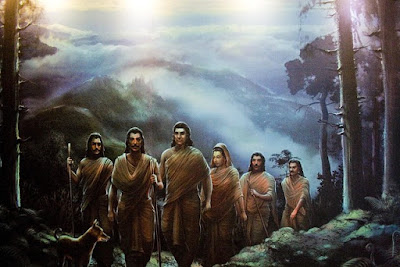 After ruling for 36 years, close to the onset of the Kaliyug and after Krishna had left the earth; Pandavas decided to start their last journey to heaven, while on this journey they befriended a dog. So the five Pandavas with Draupadi started climbing up the Sumeru parvat, which would lead them to swarg loka . While on this journey, they fell one by one and died on their way, except for the eldest Pandu and the dog. Draupadi was the first to fall and die, because she was imperfect and preferred Arjuna over his other husbands. Next was Sehwag, Nakul, Arjun and then Bhim- their reasons was their smugness about intelligence, good looks and arrogance about being the best archer. Bhim fell as he was a glutton. It was only Yudhisthira and the dog who reached the top of the sumeru mountain, and are greeted by lord Indra's chariot to take them to swarg. Indra wanted to take Yudhisthira to heaven in the human form as he was the most pious among Pandavas and he was the one who had neve

It was an unusual day, since the morning. My head felt heavy, and I was almost sure I overslept. All I could think of after stepping out of bed was to rush into the shower and push something in my mouth as an excuse for breakfast. The only friend I had these days was tea; all I seem to want in mornings, evenings and nights and in between my tea breaks. I rushed to my scooter, my faithful, whose servicing was delayed for six months now. I committed to myself that this weekend it will be devoted to its servicing, like it had been moments ago, for the dying plant in the only pot I own, like the pile of clothes who seek washing and ironing, like the book I started a week back. It was then a thought crossed my mind what if I were to see no more weekends, anyways I was too late for any thoughts.  I rushed towards work, covering my usual tracks in the ramshackle roads of Ranchi, over crowded and ever crowded. When some thing like a few drops of water hit my head I realised I forgot my h